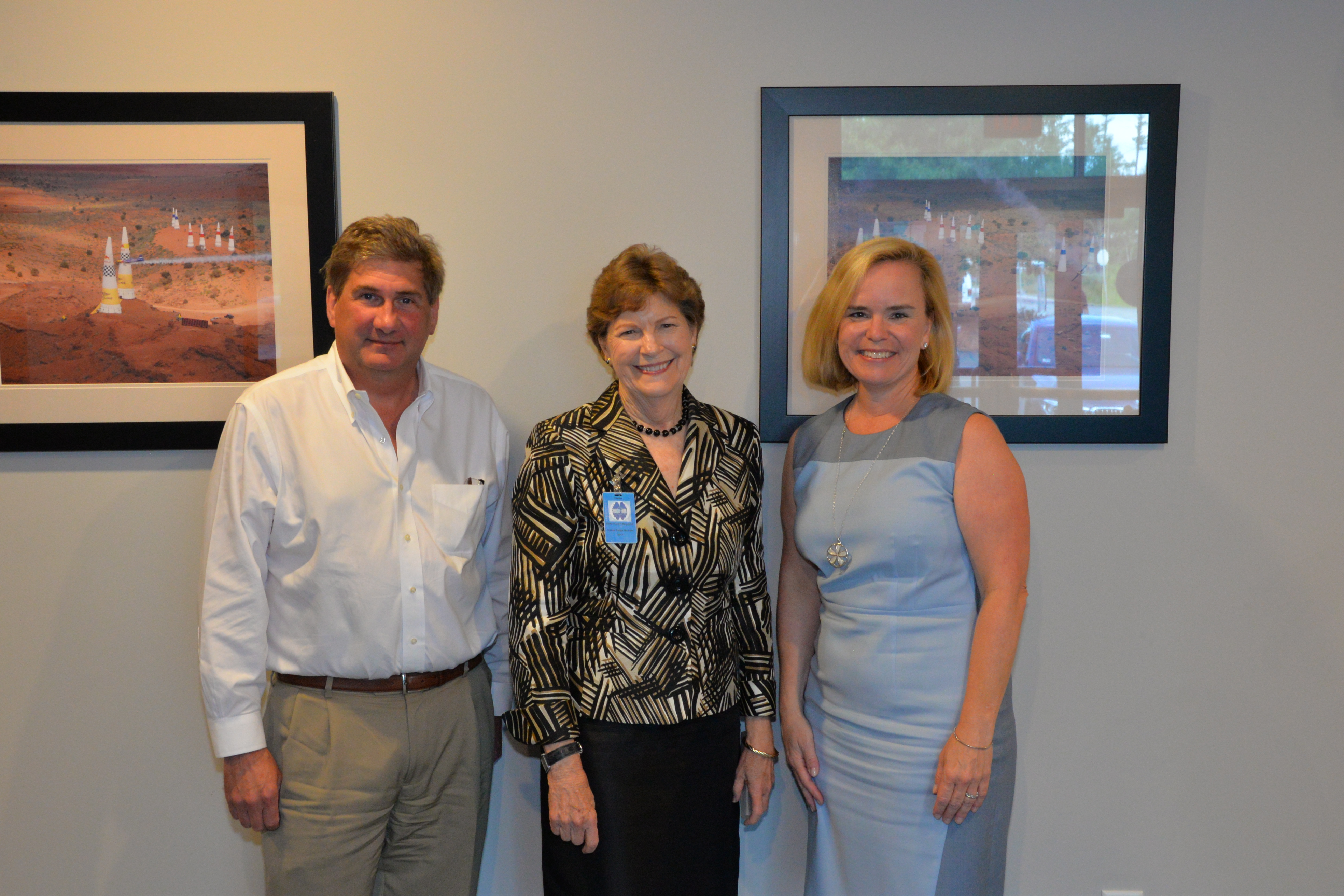 New Hampshire Senator Jeanne Shaheen visited Haigh-Farr on Friday, July 19th.  During the visit, Senator Shaheen had the opportunity to meet with Haigh-Farr’s CEO, Norene Farr, President, David Farr and Founder, George Farr, to learn more about the company and their space heritage. Haigh-Farr’s extensive history supporting NASA and the space programs was of particular interest to the Senator who participated in the McAuliffe-Shepard Discovery Center celebration for the 50th anniversary of the Apollo program and the unveiling of their new “To The Moon” exhibit.

In Haigh-Farr’s 50 year history, they have supported numerous space programs including five trips to Mars, such as Mars Science Laboratory (MSL) and most recently the InSight Mission, with more planned.  Haigh-Farr has seen increased interested in all aspects of the space market from the booming small-sat industry to the reentry/reuse vehicle market, and have responded to this interest with a full-spectrum of antenna designs specifically engineered to handle the rigors of space.